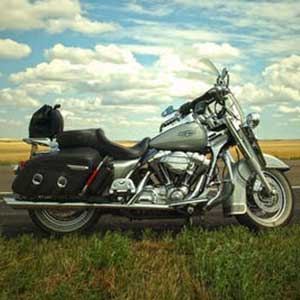 A while back I received a few thousand dollars back pay on my VA pension. I decided to use some of the money to finally buy another Harley Davidson and a few things for my mom.

I earmarked $3,500.00 for the motorcycle. My sister and my son were visiting from Fresno. My son found a 1200 Sportster on Craig’s list for $3,500. It was in Madera, not far from where my sister lives. I called the guy on the phone to see if he would hold it until that coming Monday. He told me he was sick and couldn’t show it until Tuesday. I gave my sister the money and she went home. He didn’t answer the phone until Tuesday and told her the bike had been sold. I was disappointed.

Then the motor went out on my sister’s SUV. She couldn’t afford to replace it. I called her and told her to use my money to replace her motor. She wouldn’t accept it at first. But I told her I’d been without a motorcycle for over twenty years and I could wait longer if necessary. I also told her if she didn’t use all the money, I could buy a cheaper motorcycle.